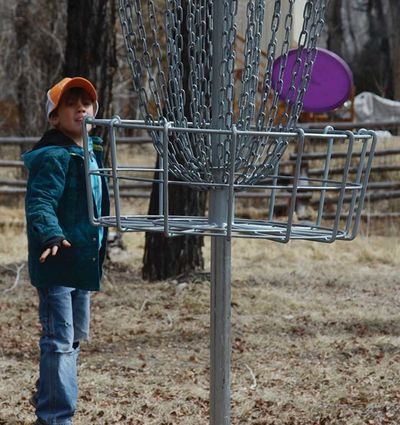 Jamis McLinksey tosses his disc into the basket on March 18.

Between the time that school in Carbon County School District No. 2 (CCSD2) was cancelled and the time that Governor Mark Gordon issued a public health order prohibiting gatherings of 10 or more people, there was a brief sliver of time in which Valley children were able to learn about the game of disc golf.

In the days following the closure of schools within the district, Encampment resident Shannon Fagan-Craig quickly put out a call to parents in the area. With school no longer an option, Fagan-Craig provided an option for parents to allow their kids to get outside and keep from getting ca...