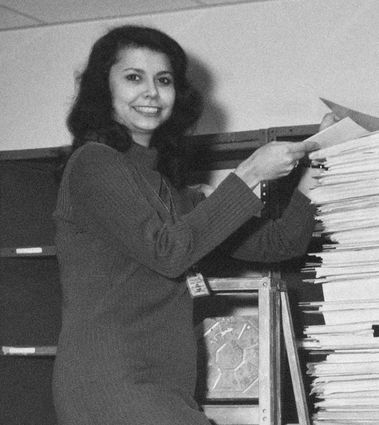 Geraldine Ann Vanderoef passed away in Greeley, Colorado at 2:30 p.m. on March 6.

She was born to Olive and Theodore Quintero in Birmingham, Alabama on August 1, 1935. In her years before she turned 30, she went by the name Geri Ann. Afterwards she went by Ann.

Ann's father was in the military and she lived in Alabama and Germany. She married two times before meeting the love of her life, Stuart Vanderoef. They were married 53 years.

Ann worked for NASA in public relations in the 1960's where she met and worked with many astronauts. She was one of the few women on the tour with President Kennedy when he visited the Houston Space Center.

She left NASA to work for IBM. Ann was with IBM until she retired. Stuart and Ann retired at age 55 and started their journey of living in many towns. In Colorado they lived in Fort Collins, Bailey, Estes Park, Feather Lakes and Boulder. In Virginia, they lived in Wurtz and Smith Mountain Lake. They lived in Underhill, Vermont and their last home was in Vienna, Maine.

Although she lived in many beautiful places, Ann loved to visit her son, Mike Armstrong, first at his Saratoga home and later his Hanna house. Ann had hoped, when leaving Maine last May, that she would live in Wyoming the last years of her life

Unfortunately, her health declined and assisted living was required.

Before her health issues, Ann was an avid gardener and excellent cook who believed all desserts had to be made from scratch. She loved having pets and had iguanas, ferrets, parrots, cats, dogs and a wolf.