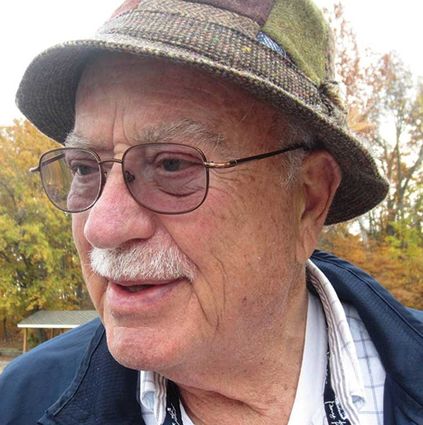 He married Sally Jill Irvine in March 1975, at Las Vegas, Nevada. Together they had two children; Joshua Thomas Crow and Nathan James Crow.

He married Jacqueline Ann Ingersoll (Feuerhelm) on May 26, 2001 in Pinedale, Wyoming.  She has two children, Oakley Levi Ingersoll and Casey Charles Ingersoll.

He was raised in the family logging business in Ryan Park, Wyoming and attended high school in Saratoga, Wyoming. He graduated from the University of Wyoming College of Law in Laramie, Wyoming and was admitted to the Wyoming State Bar in 1959. He served as Carbon County Attorney in Rawlins, Wyoming from 1963 to 1967. He was a rancher and saw milled for a period of time. He then moved to Big Piney, Wyoming in 1985 where he served as Deputy Sublette County Attorney. He was elected and served as Sublette County Attorney from 1987 to 1995 in Pinedale, Wyoming. During this time, he was also appointed and served on the Environmental Quality Council for the State of Wyoming. On January 1, 1995 he was appointed Circuit Court Judge, Ninth Judicial District, State of Wyoming, until his retirement in 2007.

He loved the proper and eloquent use of the English language, old Diamond T trucks, classical music, sawmills, old planes, flying his plane and building his dovetail corner log home in Pinedale by hand with the help of many friends and family. He enjoyed cooking, poetry, cribbage, Words with Friends, solitaire, being a snowbird in Mesquite, Nevada, not to mention a little sports betting, driving around in his GEM car and throwing the ball for his dog, Dolly.

A celebration of his life will be held in Pinedale, Wyoming, at a later date. Inurnment is entrusted to Virgin Valley Mortuary, 320 East Old Mill Road, Mesquite, NV 89027. Burial will be in Saratoga Cemetery, Saratoga, Wyoming, at a later date. In lieu of flowers, donations may be made to Mesa View Hospice, 330 Falcon Ridge Parkway, Building 200, Suite A, Mesquite, NV 89027, (702) 346-3088.

The family invites you to leave a message or memory in their Guest Book at www.virginvalleymortuary.com.