HEM has had some hard knocks

Miners, Lady Miners close out season with two losses and a win as they prepare for regional tournament this weekend 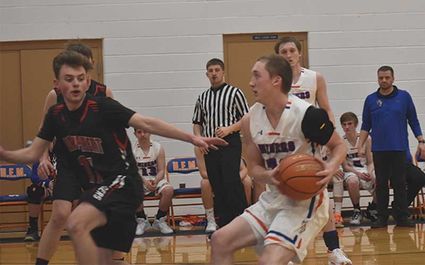 The Hanna, Elk Mountain, Medicine Bow (HEM) High School basketball teams have had more winning weeks, but both coaches were glad the weather did not cancel games like it has recently.

Both teams played four games this week. One of them being at home against the Encampment Tigers.

HEM boys played a non-conference game on February 17 against the Laramie sophomores and came out of it with a loss. The girls did not play because Laramie could not field a team and got a forfeit.

The second game both teams played was a makeup game against Lingle/Ft. Laramie on February 18. Unfortunately both HEM t...