Going out with a roar

Encampment Lady Tigers go 2-for-3 in final games of season as they deal losses to HEM, Rock River 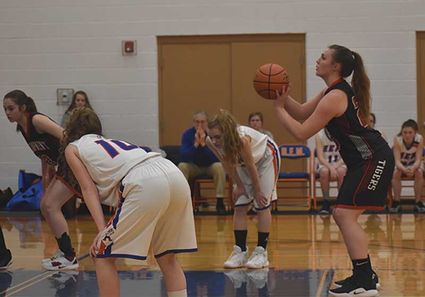 The 2019/2020 season has been one of learning for the Encampment Lady Tigers. While they have spent the winter in pursuit of a conference win to try and secure a spot in the regional tournament, the major goal has been to provide the younger players on the team with experience to continue in the following seasons.

Following two final conference losses the weekend before, the Lady Tigers appear to have decided to end their season with a roar rather than a whimper. With three games in a row this past week, the Encampment girls won two of the three matches as they dealt losses to the Hanna, El...