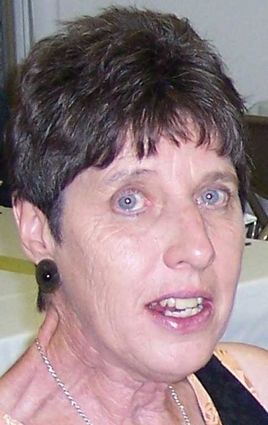 Jade McCarthy, resident of Saratoga, Wyoming, passed away on Tuesday, February 4, 2020 at her home, succumbing to a long illness at the age of 74.

She was born on September 6, 1945 in Johnson City, New York and grew up in Binghamton, New York, graduated from St. Michael's College, University of Toronto and received a master's degree from Utah State University.

She was married to her husband Paul for 45 years, living in Jackson, Rawlins and Saratoga, Wyoming. She worked at a variety of jobs varying from a social worker, ski instructor, special education teacher, engineering office manager and home maker.

She loved her family, many friends and her dogs and would like to be remembered by all as a good and caring friend.

She will be missed dearly by her husband, brother John, relatives and many friends.

Mass of Christian Burial was held on Monday, February 10, 2020 at St. Ann's Catholic Church, 218W. Spring Ave., Saratoga, WY. A rosary service was conducted preceding mass at 9:45 am. A lunch was prepared by the Saratoga Council of Catholic Women after mass in the Parish Hall followed by internment at the Saratoga Cemetery.

In lieu of flowers expressions of sympathy in her memory may be made to Platte Valley Helping Hands, PO Box 1553, Saratoga, WY 82331.

Arrangements under the care of Jacoby Funeral Home. Tributes and condolences may be offered online at www.jacobycares.com.