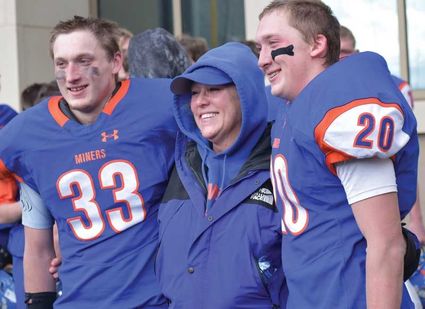 From left, Shane, mother Joan and Conor McGraw after the championship game in Laramie.

The Hanna, Elk Mountain, Medicine Bow (HEM) High School girls volleyball team has put their season behind them and many of the players are focusing on the upcoming basketball season.

Volleyball coach Jackie Jones was pleased with the accolades from the conference on her team and couldn't be happier Amy and Madison Campbell made All-State.

"Whenever a player receives a postseason honor, it is a testament to hard work and good showings throughout a season," Jones said. "For many it also an honor for dedication to getting better in the off-season."

Jones said five of her players were named to...