Saratoga resident, shot down in World War II, remembered by town in France he helped save 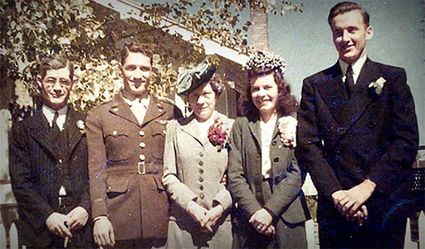 On June 22, 1944, it was reported by the Saratoga Sun that Lt. Jack E. Shively, son of Mr. and Mrs. E.J. Shively, had been reported missing in action over France. The article, which appeared on the front page of the publication, stated that the message gave few details, "only that he failed to return from a mission over that country on June 13."

"The hosts of friends of Lt. Shively here are hoping for further news that he may have made his way into neutral territory, or that at the worse he may be held as a prisoner of war," ended the front page article.

For nearly two months, the family an...