With the China Marines 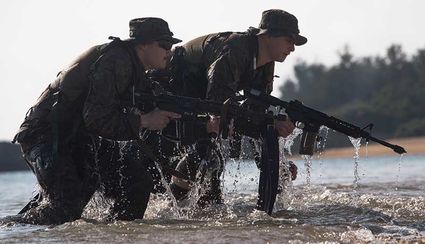 Morgan Rempel is a 2017 graduate of Saratoga Middle/High School. Following his graduation, Rempel enlisted with the United States Marine Corps (USMC) and has been serving si nce June 2017. According to his mother, Carrie Garcia, Rempel advanced as a Scout Swimmer for the Alpha Raiders. He is currently stationed in Camp Pendleton, California and is a 1st Battalion, 4th Marines Alpha Raider, also known as the China Marines.