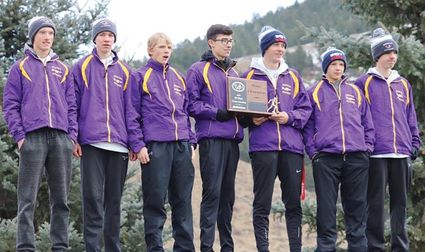 The combined Saratoga/Encampment team of long distance runners showed up at Afton for the State Cross Country Championship on Saturday with a win in their sights, and they didn't let the winter-like weather or elevation stop them from doing just that. The Boys Cross Country team secured a back-to-back 2A State Championship with three of their runners placing in the top ten.

The cross country team also returned home with four All-State runners due to top finishing while in Afton.

"This group of kids never ceases to amaze me," said Rex Hohnholt, head coach for cross country. "Every single one...