Tigers get a windy win 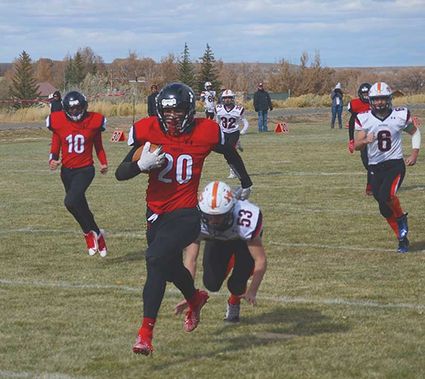 Dalton Peterson stays ahead of defense for a 71 yard return.

The strong Saturday winds that brought in the snowstorm on Sunday appeared to work in favor of the Encampment Tigers as they hosted their second game, against the Natrona County High School (NCHS) sophomores.

"For the second straight week the team came out, started fast and defended their home field," said Kegan Willford, head coach of the Encampment Tigers.

Throughout the game, the Tigers would score double digits while keeping NCHS to single digits. In the first quarter, a 10 yard pass from Reid Schroeder to Dalton Peterson gave Encampment their first touchdown while a point-after-touch...