Saratoga Panthers, HEM Miners face off on gridiron in Hanna 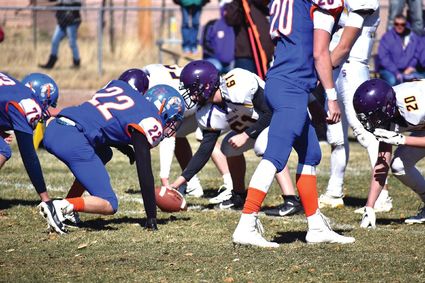 The day was sunny, but the wind was strong with gusts of 30 miles per hour.

The first score came from the Miners with a Conor McGraw touch down. The Saratoga defense did their best to contain the Miners, although Conor did score again making it 14-0 going into the 2nd quarter, the Panthers were making some moves.

The Saratoga team stopped the Miners on a drive early in the 2nd quarter and then Panther Jus...