Saratoga secures a homecoming win with a last second touchdown 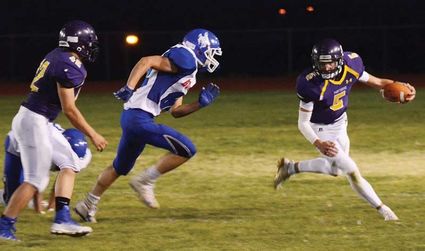 The winning touchdown that put the Saratoga Panthers ahead of the Kaycee Buckaroos on Friday night might as well have been taken from a script. With seconds left and Kaycee ahead by five points, junior Teegan Love launched a pass that sailed nearly 40 yards into the end zone. Senior Logan Seahorn was there to receive as he leapt into the air.

The cheers of the Panther fans turned into a roar. With no time left in the game, Saratoga had secured their homecoming victory with a 1 point margin. Friday the 13th, often considered an unlucky day, had worked in the Panthers favor.