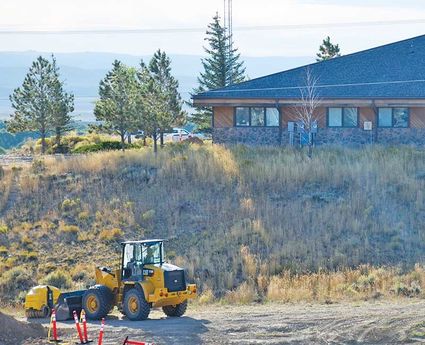 While heavy equipment was still on site Tuesday morning, the water/sewer project for the US Forest Service may be completed by the end of the month.

At the most recent meeting of the Carbon County Impact Joint Powers Board (CCIJPB) on Sept. 11, the board heard updates from United States Forest Service (USFS) District Ranger Jason Armbruster on the water and sewer line project that began construction in late 2018. The process of the Brush Creek/Hayden Ranger District connecting to the town's water supply hasn't been a short one as it began in early 2017.

Despite the departure of one district ranger, the arrival of a new district ranger and a federal government shutdown, it appears that the project is slated to come to a finish. Armbruste...