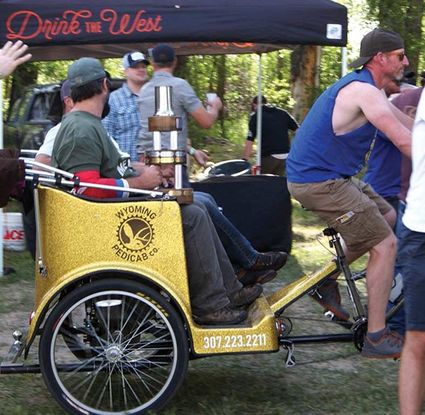 The winners of the Steinley Cup take a victory lap through the festival.

The 24th annual Saratoga Steinley Cup Microbrew Festival and Competition was held this past weekend and over 640 craft beer enthusiasts attended the festival.

This year's competition class was ESB, and Melvin Brewing Company's "Johnny Rotten" was announced to be the Best ESB in Wyoming according to the judging panel. The People's Choice winner for favorite brewery was newcomer Bond's Brewing of Laramie.

Eleven breweries attended this year, which thrilled Saratoga/Platte Valley Chamber of Commerce CEO Stacy Crimmins. "We are indebted to our Wyoming breweries and are happy to highlight this...