Saratoga's Garry Wood and wife, aka The Bird and The Bear, set to release full length album titled 'Wild Rose' 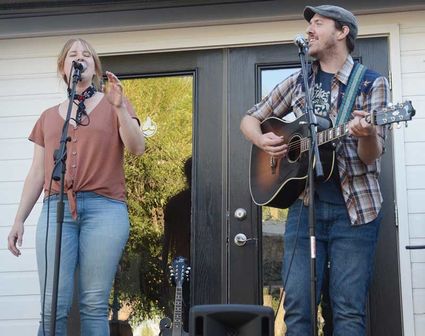 Mirthe and Garry Wood play as the duo The Bird and The Bear at Firewater on July 21.

The last album released by Americana duo The Bird and The Bear was an Extended Play (EP) in 2015 titled "Build A Fire." With the inclusion of the hauntingly romantic track "As Soon As Winter Comes", it was a step-up from their first EP, "Breathe", which was a gorgeous album in its own, bare bones way. Now, four years since the release of "Build A Fire," the Nashville-based duo are preparing to release their first full length album, "Wild Rose."

Though they may be living in Nashville, the duo have a connection the Valley as "The Bear" is none other than Saratoga's own Garry Wood. The duo als...