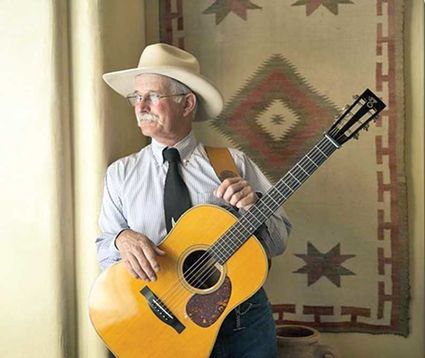 Dave Stamey will perform at the GECG.

Dave Stamey has been a cowboy, a mule packer, a dude wrangler, and is now one of the most popular western entertainers working today. He has been voted seven times Entertainer of the Year, seven times Male Performer of the Year and five times Songwriter of the Year by the Western Music Association, and received the Will Rogers Award from the Academy of Western Artists. He's delighted audiences in 23 states, and finds that he prefers this to "being stomped by angry horses." In November of 2016 Dave was inducted into the Western Music Hall of Fame.

The popular performer is making an encore appearance at the Gathering, having entertained during the 2012 event.

Honoring Carbon County Pioneers Tim and Margo Barkhurst will cap the evening along with announcing the winner of the much sought after R. G. Finney print "Suzi & Tuff as Flip". (See accompanying story on page 15).