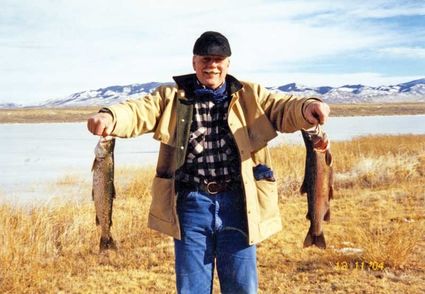 Jens Jensen, 75, died Thursday, July 2, 2019. He was born in Chicago, Ill., to Anker and Florence (Warther) Jensen. He grew up in Lombard, Ill., where he met Joanne Wille, who would become a part of his life for 59 years.

Jens was a banker in Chicago for most of his business career, and was a well-known and well-respected member of the mortgage lending industry.

Jens and Joanne moved to their ranch on Blackhall Mountain Road in 2002, where Jens enjoyed hunting, hiking and birding. He also discovered the joys of fly fishing and ice fishing in Wyoming.

He was preceded in death by his parents, his brother Robert Jensen and his grandfather Ernest "Mooney" Warther, a well-known carver who has a museum of his works in Ohio.

He is survived by Joanna Jensen, nephews Carl (JeriLe) Jesnsen and Erik Jensen, both of South Carolina, many cousins in the U. S. and Denmark, and his beloved yellow lab Oliver, who was his constant companion.

Jens' ashes, along with those of his four black labs, will be scattered on the top of his ranch at a later date. At that time we invite all his friends to remember Jens with Joanne.

He will be missed so very much.