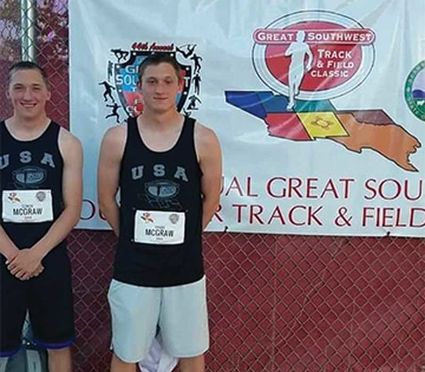 The McGraw twins, Conor, left, and Shane pose against the Great Southwest Banner.

The meet was held on June 6-8 in Albuquerque, New Mexico.

"There were actually 24 states represented," Shane said. "It didn't really make sense they say Southwest since Pennsylvania, Illinois, Missouri, Louisiana and Florida were there."

The twins said they estimated there were about 500 competitor...