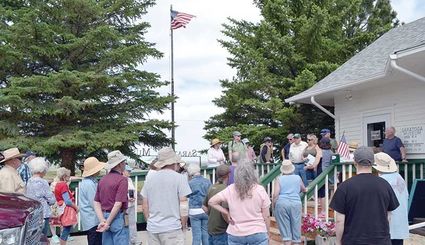 Dick Perue gives an overview of the trek Saturday morning at the Saratoga Museum.

On a bright Saturday morning, June 29, around 33 people interested in learning about the past gathered at the Saratoga museum for a trek to area burial places to soak up information about local cemeteries, those who populate them and those who have worked to restore and beautify them.

Perue began his overview by stating that he would be telling stories about the cemeteries themse...