Always play to the whistle 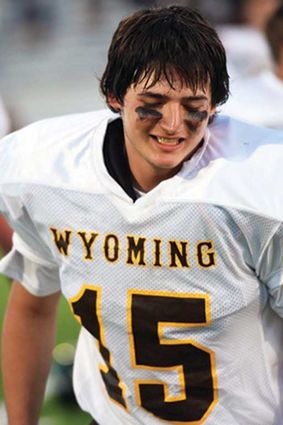 Tylor Goodro in his Wyoming uniform.

The shootout between Wyoming and Nebraska had a recent Carbon County School District No. 2 (CCSD2) graduate quarterback as part of the game on June 15 held at Chadron State University in Nebraska. Wyoming won 52-50 in a game that was decided in the final seconds and is 5-3 in the shootout since it started.

That graduate is Tylor Goodro.

Goodro was happy to be selected. He said he had hoped, after a successful junior year at Hanna, Elk Mountain, Medicine Bow (HEM) High School, he would be on track this year to be in the running to be one of the players picked for the shootout. During that se...