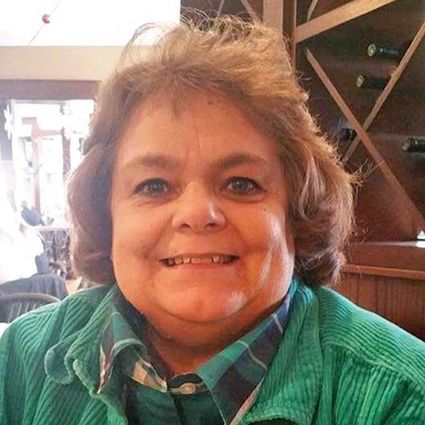 Sharon attended schools all over northern Wyoming, as well as Craig, Colorado, as her dad was employed in the oilfield business.

Sharon married the love of her life, John Earl Anderson, on May 23, 1970 in Sundance, Wyo. To this union three children were born, Laticia Yvette (Jamie) Gibb, Brian Conrad Anderson and Bradley James (Mallory) Anderson. Sharon passed from this life on June 21, 2019 at Ivinson Memorial Hospital in Laramie, Wyo. surrounded by her husband and children. Sharon fought a valiant battle with cancer for several years with such grace and courage. She will truly be missed by all that knew her.

Sharon loved to read and spend time with her children and grandchildren. They were her whole life. She was employed at the Encampment Post Office for many years and truly loved her job.

Sharon is survived by her brother and sister, her children and grandchildren – Nicholas Williams (Kaylee Alles), Dayne Anderson, Michael Anderson, Samantha Anderson, Erin Anderson, Carter Anderson and Paige Pantoja. Her Aunts and Uncles–Don and Eda Gose and Karl and Joan Frederiksen and several cousins, nieces and nephews. She is also survived by her brothers and sisters–in laws, Connie and Gerald Beckham, Melody and Lance Thurston, Paul and Karen Sydnes and Chuck Larsen.

She was preceded in death by her grandparents, parents and her beloved granddaughter Bailey Williams. She never did get over the loss of her parents and granddaughter. We can all take comfort in knowing that she is once again reunited with them and that one day we will all be together again. She had a strong faith in God and we know that she is in good hands.

A celebration of life will be held at 2 p.m. Sunday, June 30, 2019 at Valley Chapel in Saratoga. Internment to take place at Saratoga Cemetery.