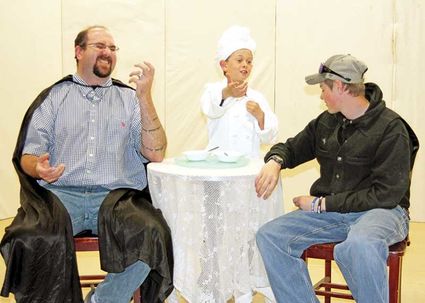 The Grand Encampment Opera Company presents "Mischief in the Magnolias or Weed 'Em and Reap" by P. B. Rogerson. Performing June 12, 14 & 15, 2019 in conjunction with the Encampment Riverside Woodchopper's Jamboree at the Grand Encampment Opera House, 622 Rankin, in Encampment, Wyo. All performances start promptly at 7 p.m. Admission is by donation at the door. Produced by special arrangement with Pioneer Drama Services, Englewood, Colo.