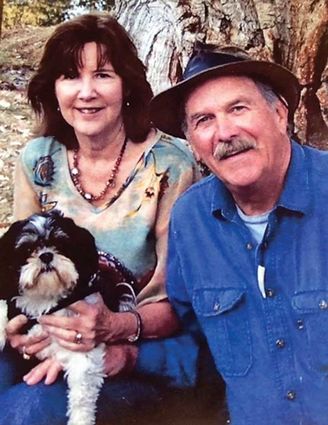 Raymond Allen Shelton and Betty Jean Shelton, of Saratoga, Wyo., went home together to be with Jesus on May 15, 2019, in Grand County, Colo. Born in San Antonio, Texas on Jan., 11, 1942, Allen Shelton met Betty Jean Pittman in a high school English class. Allen and Betty Jean, born in Santa Barbara, Cali., on July 16, 1944, had been married 58 years. Allen joined the local Plumbers and Pipefitters Union at a young age as an apprentice welder and used the training to work on projects all around the West, including a 10 year stint in Steamboat Springs, Colo. Eventually he would hold the highest rating in the welding profession.

Betty would earn her GED and serve as a school secretary in public schools in Steamboat and Wyoming for many years. After almost 30 years as a pipefitter Allen felt the call to enter the ministry and earned a BS in Biblical Studies from Colorado Christian University as Betty served as the secretary for the Vice President of Student Life at the school. This launched Allen and Betty's ministry years as he was licensed at Summit Community Church on October 25, 1992, and ordained Jan. 17, 1993, while taking his first pastorate at First Baptist, Saratoga, Wyo. During their 23 years of formal ministry Betty partnered with Allen as the church pianist, held secretary positions at local schools and hospitals, and served in the community as they ministered in churches in Wyoming and Colorado. A friend and counselor to many, Allen and Betty had expanded ministry roles far exceeding the church walls and were ambassadors of Jesus' love, comfort, and salvation to members of each community they ministered in.

Allen was preceded in death by his brother Alfred Norman Shelton (2012), and is survived by their two daughters, Lori Ann McCormick and Nancy Jean Miller both of Golden, and their two son-in-laws, Jim McCormick and Mike Miller, as well as the wife and children of his brother, Alfred Norman Shelton, Ellen Shelton, Lane, Jeff, Lisa, and their families. Betty Jean is survived by her two daughters and their families as well as her brothers and sister; Junior Pittman of Dallas, Texas, Johnny Pittman of San Antonio, Texas, and JoAnn Busdieker of Reno, Nevada, and their husbands and families. Brother Clifford Pittman preceded her in death (2014).

Funeral service and visitation took place at Crownhill Cemetery, Wheatridge, Colo., Fri., May 24, 2019 at 10 a.m., and Allen and Betty were laid to rest together in a private ceremony with family, on May 29th, 2019, in the Golden Cemetery, Golden Colo. Pallbearers came from the immediate family: Mike Miller, Davis Miller, Jim McCormick, Jake McCormick, and Ethan Rold.