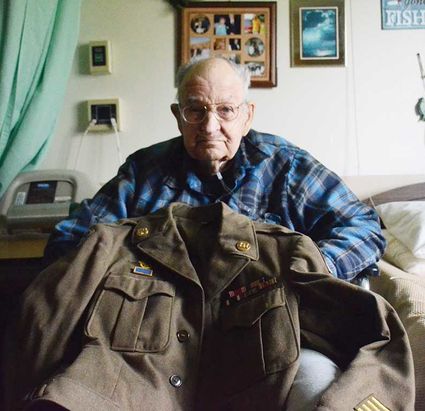 Wiant recently displayed the jacket he wore in WWII.

It was not uncommon, following the end of World War II, for the young men, and women, to return home and go back to work, rarely talking about what they had experienced. A generation that went from a robust economy to the Great Depression-The Greatest Generation, a term coined by journalist Tom Brokaw-set their minds and hands to working for the country they had fought so hard for in Europe and the Pacific Theater.

Private First Class Richard "Dick" Wiant was and is a member of that generation. A native son of the Valley, Dick Wiant was grandson to Isaac Wiant, who settled in the area in 1...