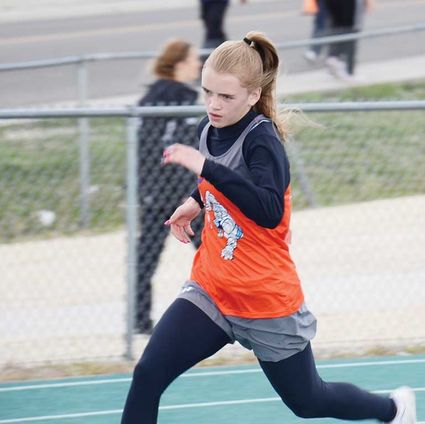 Taylar Scott keeps her focus as she competes in the 400 meter dash.

"Being able to bring in four state titles, five runner ups, three students came back All-State athletes," Head Track Coach Jackie Jones said. "For us to be able to do that, of course you have your kids who are placing higher in events during the season, but we preached the team concept and I think that was so evident at regionals and state."

Jones said the girls came up one place short of getting a trophy by two-and-a-half team points. The girls had 50 team po...