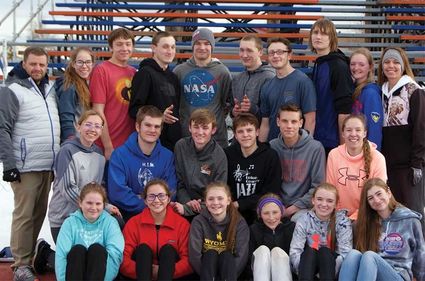 The Hanna, Elk Mountain and Medicine Bow (HEM) Miners ran up to Thermopolis over the weekend to compete in the Bobcat Invitational. While there, HEM prequalified multiple athletes for the State Track and Field Championship as well as placing in several events. Overall, it was a very good weekend for the Miners.

In the Sprint Medley Relay, the team of Grosstick, Joseph Bora, Cody Swingholm and Mark Seager placed 7th with a time of 4:14.71.

With the regular season over, HEM will head to the 1A/2A East Regional Meet in Sheridan this weekend to attempt to add to their roster for state.