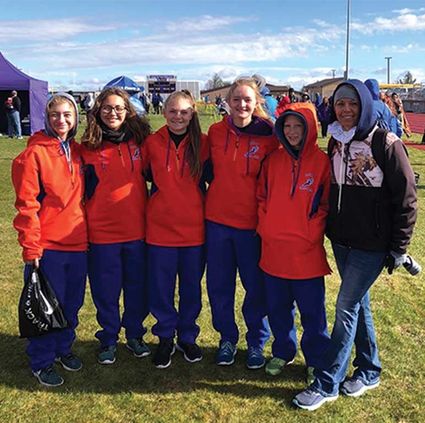 "We had some tremendous performances in Pine Bluffs on Thursday," Hanna, Elk Mountain, Medicine Bow (HEM) field and track head coach Jackie Jones said. "Another school record was broken that stood dating back to 1985."

Jones was talking about the accomplishment of Conor McGraw with his 110 meter hurdle race time of 15.05. His name will go up on the school's sports acknowledgment board with this win.

"Shane qualified in another event for state adding the...