Mushroom identification, gathering and growing techniques to be discussed at free presentation 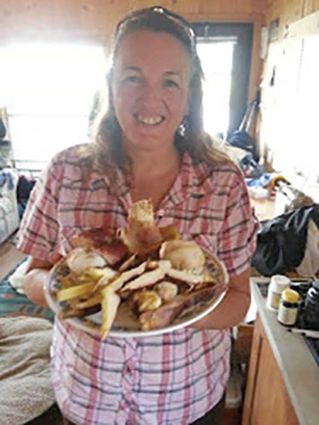 Susan Marich with a plate full of local mushrooms.

"Fungi Fun", the basics of collecting and cultivating mushrooms, will be featured at 7 p.m. Tuesday, April 23 at the Saratoga Branch Library at 503 West Elm Ave. in Saratoga.

Friends of the Saratoga Library, in conjunction with the Community Garden, will host local mushroom hobbyist Susan Marich for the free public program. Treats, possibly mushrooms, will be served following the presentation.

For the past six years, from early spring to late fall, Marich has been gathering mushrooms in the Snowy Range and Sierra Madre mountains as well as cultivating them at her home in Saratoga