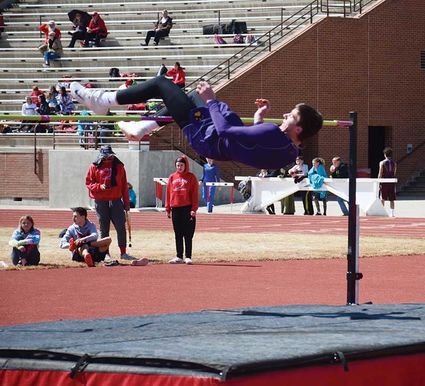 Sam Schneider clears the bar and sets a new school record during the high jump in Rawlins on Friday.

Over the weekend, the spring weather cooperated enough to allow members of Saratoga Track and Field to compete in two meets. The first meet was on Friday in Rawlins where, for the first time in at least four years, the Rawlins Invitational was able to proceed as scheduled. While in Rawlins, senior Sam Schneider would not only prequalify for state, but break the school record for the high jump as well. The second meet, in Rock Springs, saw Schneider again prequalify for state in several events at the Ted Schroeder Meet of Hope Invitational.

While other student athletes did not prequalify for...