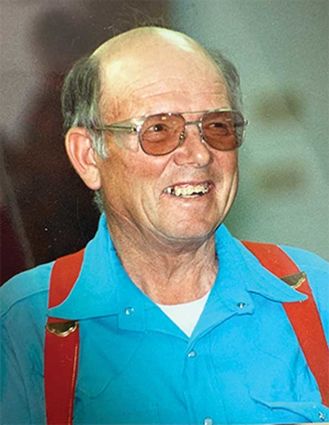 Slim's lifelong profession was a cowboy and rancher. He was a horse trainer for the late King Merritt of Cheyenne and Albert Mitchell of New Mexico, who was a past president of the American Quarter Horse Association. As a man's man, he was a true outdoorsman, hunter and trapper, spending his life climbing mountains and loving wild country. As a pillar in the Patzer family, his family was the most important thing in his life. He loved reunions and any type of family gathering where we could look at pictures, maps and share hunting stories and adventures with all. He was the hardest working and hospitable man was have ever known. He was a post World War II Army Veteran, stationed in Japan training polo horses for officers. He previously worked around the Encampment area as a young man in the late 40s and returned with his wife and family in 1981-2017.

He is survived by his wife, Ruth, six children, Wes, Buddy, Wilson, Warden, Nesta and Jenny. 16 grandchildren and 32 great-grandchildren.