By Joshua Wood and Lauren Buford

Tiger track off and running

Encampment fields six upperclassmen and 14 underclassmen eager to prove themselves 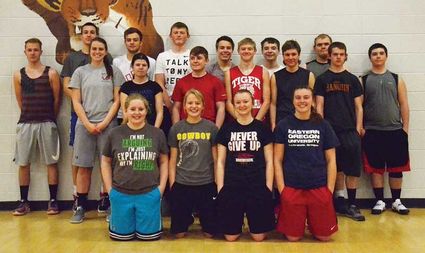 The 2018/2019 track season for the Encampment Tigers is off and running for the year. With six upperclassmen and 14 underclassmen, the predominantly young team is out to prove that, despite their youth, they are ready to get some victories. With ten meets this season, the Tigers will get the chance to prove themselves as the season progresses.

Kegan Willford, head coach of Encampment track, is expecting to see points in both distance and mid-stance categories as he is seeing several returning runners. While most of the experience on the team is in running events, Willford says that the team...