HEM player Shane McGraw gets to milestone in junior year 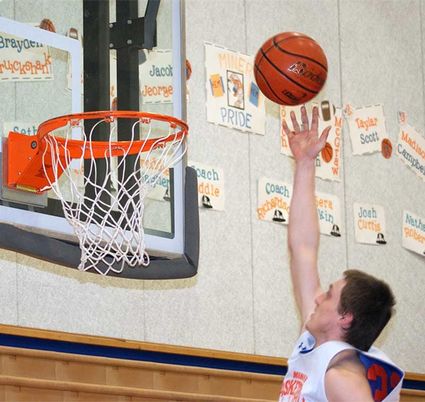 "Shane went over a 1,000 the other night, so we have two kids that have hit 1,000 points in their career," Hanna, Elk Mountain, Medicine Bow (HEM) Senior High boys basketball head coach Cliff Jones said. "In the 20 years I have been coaching, we have had maybe three total go over a 1,000 points."

He said that was rare enough, but to have both players hit it in their junior year is exceptional.

The player that hit 1,000 points in the game against Rock River on Feb. 12 was Shane McGraw. The other player to hit a 1,000 a few weeks before was his twin brother, Conor.