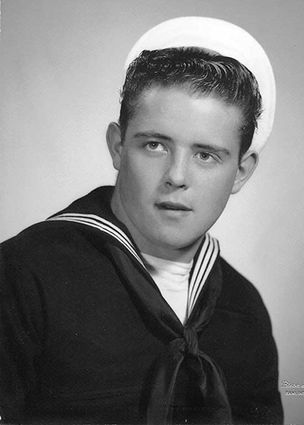 Graveside services for Robert Stanton "Robbie" Gill, 75, will be held at 11 a.m. Fri., Feb. 8, 2019 at the Rawlins Cemetery in Rawlins, Wyo., with Pastor Jason Anderson officiating. Military Honors will be accorded by The Angus England Post 54 American Legion Saratoga and the Rawlins VFW Post 2311. There will be a reception to follow the graveside services at the First Southern Baptist Church, 2005 Darnley Road, Rawlins.

Robbie was raised and educated in Rawlins. He attended Rawlins High School, and then joined the United States Navy, serving from 1960-1964.

Coming back to Wyoming, he met Rae MacMillan in Cheyenne, and they married on Sept. 11, 1965. They lived in Butte, Mont., while Robbie worked for Monsanto, but they were soon back in Wyoming. Robbie worked as an electrician for the Sinclair Refinery, Arch Mineral, and Louisiana Pacific.

In 1981 Robbie and Rae moved to Saratoga, Wyo. They owned and managed the Mangy Moose Saloon in Encampment/Riverside from the late 1980's until the early 1990's.

Upon retirement, they traveled for a while and settled in Wheatland, where Robbie was an active member of the Elk's, VFW and the American Legion. Robbie enjoyed following the Wyoming Cowboys ball teams, being outdoors and hunting. He especially enjoyed spending time with his family and friends, who will always remember his dry wit and that great big smile!

He was preceded in death by his wife, Rae Gill on Sept. 11, 2018; parents, Bob and Erma; and brother-in-law, Stewart MacMillan.

The Gorman Funeral Homes–Platte Chapel of Wheatland is in charge of the arrangements.

Condolences may be sent to the family at www.gormanfh.com.