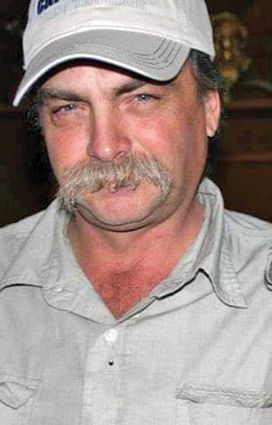 Daryl Dwayne Perdue, 58, of Encampment, Wyo., passed away at Cheyenne Regional Medical Center on Jan. 21, 2019 due to a lengthy illness.

Daryl was born in Boulder, Colo., March 27, 1960 to Gene and Margaret (Williams) Perdue. Daryl moved to Encampment in 1967 where he attended school. He met Michele Fisher in 1996. They had 3 children together (Ryan, Tori and Stefani) and remained companions for 23 years.

Daryl was known for being an excellent motor grader operator as well as operating other heavy equipment. Daryl worked for years in the logging and construction industry with his dad, Gene Perdue, and then for himself. He loved the outdoors, the mountains, loved hunting and fishing. He was always driving around and visiting with everyone. He had a great sense of humor. Daryl was very proud of his children and worked hard with Michele to give them a good life.

Daryl was preceded in death by both of his parents, Gene and Margaret Perdue.

Cremation has taken place and memorial services will be held in the summer in Encampment, Wyo. Daryl will be placed by his dad and mom.