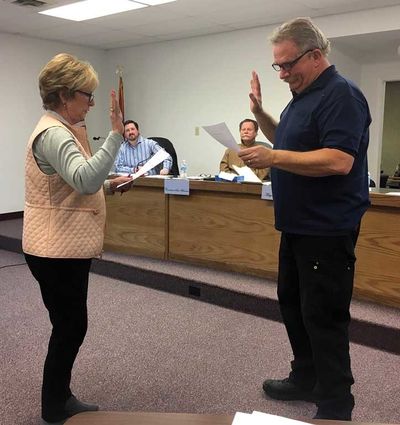 It was business as usual with the approval of the agenda, the minutes from Jan. 2 council meeting and the financials, which totaled $150,658.39.

All council members, Jon Nelson, Steve Wilcoxson and Bob Keel, were in attendance, as was Mayor John Zeiger.

The next order of business was reading a letter of interest about the open council seat from Judy Welton.

"This was the only letter of interest," Zeiger said, explaining why he was appointing We...