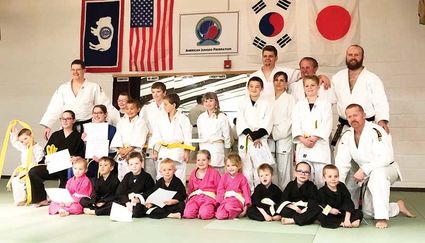 On Dec. 15, Platte Valley Martial Arts (PVMA) held color belt testing for all three of its classes: Little Dragons, Taekwondo and Judo. The Little Dragons class, according to the press release from PVMA, is intended for younger students between 3-6 years old "with a focus on basic balance and coordination skills."

Taekwondo is a Korean form of martial arts that emphasizes kicking, striking and self-defense while Judo, a Japanese art, involves throwing, grappling and submissions.

Color belt testing begins with a physical demonstration of techniques and is followed by interviews, where it is...