Hanna, Elk Mountain and Medicine Bow Miners and Lady Miners leave Saratoga with a loss, but leave stronger according to coaches 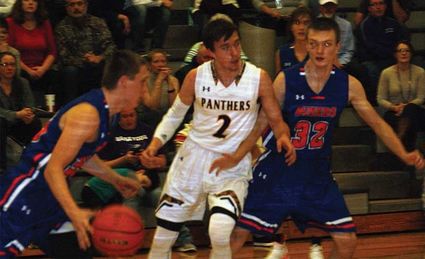 Miner Basil Phillips gets the ball down the court.

The Hanna, Elk Mountain, Medicine Bow (HEM) High School basketball teams came to Saratoga on Dec. 18 and came away with games that they did not win, but according to both coaches, made their teams stronger.

The Lady Miners roared out the first quarter with 10 points, but Amy Campbell was called for three fouls and head coach Jackie Jones had to pull the player. A. Campbell did not come back into the game until the fourth quarter.