Hanna football has East player of the year, five others named to conference team 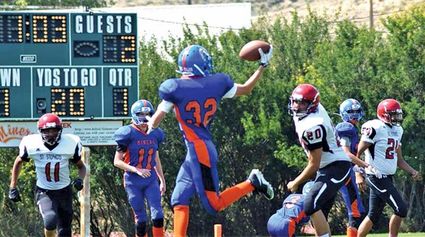 Brendon Reeves (32) catches a ball during the first game against St. Stephens.

Six man football coaches have voted on which players they believe are the best in the East and West for the 2018 season.

Conor McGraw was named player of the year for the East Six Man Conference. In addition to Conor being put on Six Man All-State, his twin brother, Shane, and Tylor Goodro were also voted in.

These three players were not the only ones to get accolades for their play this year.