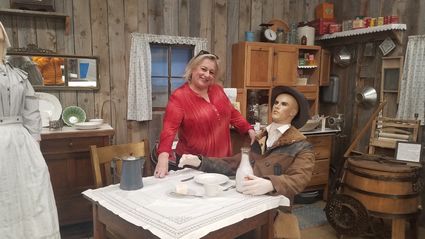 According to a press release from the board of directors, Givens first came to the Valley from Phoenix, Ariz. during a visit in 2007 and decided to stay. The former, and new, director realized she had a love of history when she began working at the Grand Encampment Museum. Givens said, in the press re...