Perue presents views of a stagecoach ride at Saratoga library 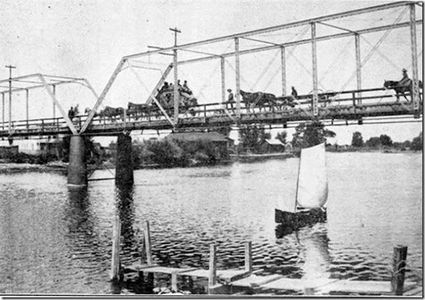 Stagecoach on Bridge Street bridge across the Upper North Platte River which flows through Saratoga. This striking 1904 photo is one of the 110 which appear in the "Riding the Stage" program at the Saratoga Branch Library Thursday night.

Friends of the Saratoga Library invite all interested persons to "hop aboard the stage coach rolling through the Upper North Platte River Valley" at 7 p.m. Thursday, Nov. 15, in the Saratoga Branch Library at 503 West Elm Ave. The program is open to the public free of charge.

"Driving the stage" is valley historian Dick Perue who will present an hour-long slide program entitled Riding the Stage and features views from aboard the stage as seen by a 16-year-old bride traveling to Saratoga by stagecoach.

Perue was inspired to write a pictorial history book and produce the video after interview...