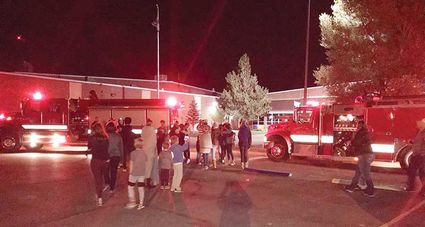 The Saratoga Cross Country team got a police and fire escort back into town Saturday.

While competing at the State Cross Country Championship in Sheridan, the boys team pulled off what was, in the words of head coach Rex Hohnholt, "the shocker of the season" as they took 1st place for 2A Boys State Cross Country. This win marks the second victory within three years as the team had also won in 2016.

It wasn't just the boys team that was victorious over the weekend, however, as Encampment's Jarom Herring took 1st in varsity after finishing with a time of 17:29 and became a back-to-back state champion and earned him his third All-State honor.