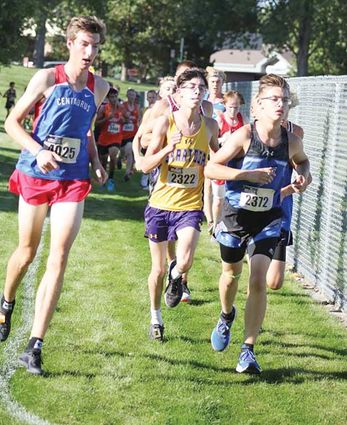 The long distance runners of Saratoga Middle/High School returned to Colorado over the weekend to compete in the John Martin Invitational in Fort Collins on Friday, Sept. 14. Runners Kaitlyn Campbell and Shianne Baker competed in the women's junior varsity race instead of the varsity. Campbell placed 100th out of 170 runners and Baker placed 130th.

The men's varsity saw a shake-up this weekend as Jarom Herring, who usually leads the Panther sprinters, was outran by Joey Gonzales and Logan Seahorn. Out of 80 runners, Gonzales placed 28th with a time of 19:04 and Seahorn placed 47th with a ti...