Two die in head on collision on HWY 130 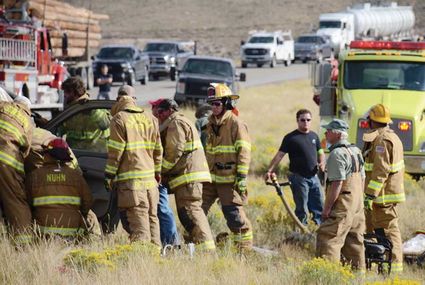 Members of Saratoga and Encampment Volunteer Fire Departments work to extract a driver from a vehicle.

According to an initial report from Lt. Kelly Finn with the WHP, a Chevy Silverado heading northbound from Encampm...