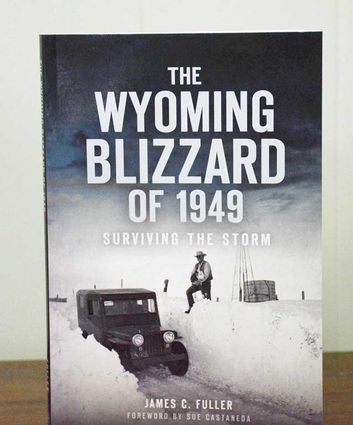 James C. Fuller's book details the struggles Wyoming residents had during the Blizzard of 1949.

It has been nearly 70 years since the infamous Blizzard of 1949, which has been considered one of the worst on record for the states of the northern plains of the United States. The first storm hit on Jan. 2, 1949 and was followed by subsequent storms that lasted through the middle of February brought more snow and more cold, paralyzing countless communities throughout the west.

"Small towns across Wyoming dealt with the challenges of having thousands of stranded passengers in their towns during the blizzard," James C. Fuller writes in the beginning of his book "The Wyoming Blizzard of 1949...