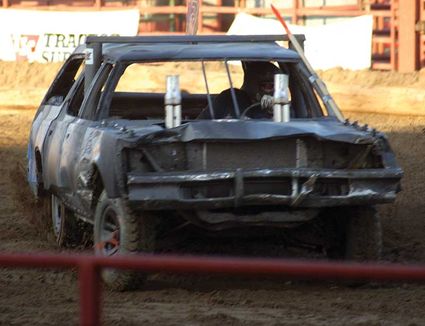 Mart Million was the winner of the Carbon County Fair Demolition Derby that started at 3 p.m. on Saturday. It was not the first time he has won. He came in first place in 2009 and second in 2012.

He took a break after his effort in 2012 until this derby. Million lives in Craig, Colo., but he was raised and lived in Hanna for 33 years. He attributes his interest in working on cars to living in the town during his high school years.

"A small town like Hanna, there isn't a lot to do but work on your car," Million said.

He said the Carbon County Fair with the demolition derby was always a big...