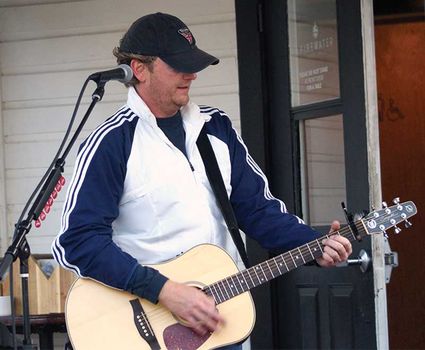 Scott Helmer plays during his visit to the Valley. Having been on the brink himself, Helmer now contributes to a special needs school and the Wounded Warriors Program.

Scott Helmer said when he first started touring in the U.S. in 2012 one of the early places he rolled through was Riverside and he played at the Bear Trap. He loved the place and was happy to return to play there on Friday.

"Margaret (Weber) is a sweetheart," Helmer said. "She is so welcoming and it is like I am visiting an old friend."

Besides playing at Bear Trap on Friday, Helmer was in Saratoga playing at Firewater Public House.

Playing music in different towns back-to-back is commonplace for Helmer. On November 28-29, 2016...