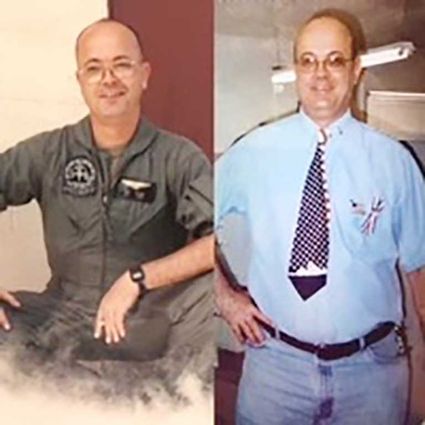 Bill graduated from Platte Valley High School in Saratoga in 1976. He was a member of the All State Band, and the Choir. After graduating Bill joined the U.S. Marine Corps proudly serving in Hawaii. After his enlistment, he returned to Saratoga to work with his Dad at The Place. He re-enlisted in the Marine Corps and served around the world as a navigator and instructor on the KC-135, receiving an honorable discharge in November of 1994. Bill worked in Havelock, North Carolina prior to moving to East Prairie, Missouri in 2001, where he worked as a Managing Director for SEMO Distributors. Bill loved traveling to Broncos games and baseball games with his family. Bill was a "Bigger than Life" character and the best uncle ever. He will be forever loved in our hearts for eternity. He is survived by two sisters, Fran Payne-Rogers (Joe) of Saratoga, Wyoming and Billie Jo Fredericks (Steve) of Schenectady, New York; one niece, Stephanie Fredericks of Schenectady, New York; two nephews, Robert Fredericks (Kimmie) of Baltimore, Maryland and William E. Pederssen of Saratoga, Wyoming; and one great-niece, Amelia G. Fredericks. One sister, Linda Lee Pederssen preceded William in death. Services will be held 11 a.m. Friday July 13 at Valley Chapel in Saratoga, Wyoming. A luncheon at the American Legion will follow. The Family would like to thank the entire staff at Missouri Delta Medical Center for their care and kindness during Bill's stay there. Online condolences can be made at www.ponderfuneralhome.com.