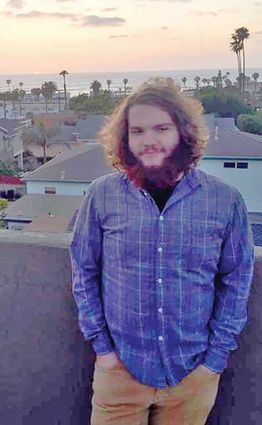 Timothy Joel Smith, 23, entered into the presence of Jesus on Thursday July 5th, 2018. He was born in Big Spring, Texas on February 21, 1995. He grew up in Saratoga Wyoming, graduated from Saratoga High School and received his Eagle Scout Award in 2013. He graduated from Vanguard University in Costa Mesa, California in 2017 with a Bachelors Degree in Communications with an emphasis in cinema arts.

He began writing stories as a very young child and started making videos as a teenager. He went on to do Improv and Standup Comedy, produce, edit and create films until the time of his death. He had his work appear on Tosh.0 and had a part in a commercial for H&R Block with Jon Hamm. He had an Internship and premier at Flappers Comedy Club with his short film titled Sonic Falcon.

Tim loved music concerts and played the bass guitar and trumpet. He volunteered to help bands, church youth camps and participated in many church activities.

Tim had struggled with severe epilepsy since the age of 13. Family members and friends will tell you that he never complained. He also had an unequivocal love for his friends; many of them have expressed how much his faith and sense of humor inspired them to live life to its fullest.

Tim's faith in God and the promise we have in Jesus gave him strength. He never used life's problems as an excuse to grow bitter or resentful towards God or others and he wouldn't want us to either. Let Tim's love for his friends remind you to love others boldly. Let his life inspire you to go outside of your comfort zone. Think of him when you want to go after that dream or idea even if people think you're crazy and no one else has done it before. Let him remind you to not be afraid to be yourself, even if some people don't understand.

Timothy is survived by his parents, Rev. Eugene and Nikko Smith of Saratoga Wyoming, his brother Cameron and wife Ruth of O'Fallon Missouri, his sister Lydia Smith of Laramie, Wyoming and his grandparents Larry and Terry Patrick of Walsenburg, Colorado and Shirley and Bill Boggs of Austin, Texas. Uncles are Sean Patrick of Malawi, Africa and Jeremy Patrick of Toowoomba Australia, a nephew, Lan Patrick of Australia, and a niece, Dessie Patrick of Malawi, Africa. Tim is also survived by a multitude of friends from Wyoming and California.

A viewing will be held at 10 a.m. and funeral Services will be held at 11 a.m. on Saturday, July 14 at the Platte Valley Christian Center, 111 North 7th Street in Saratoga. Internment will be at the Beth El cemetery in Cheyenne.

In lieu of Flowers, donations can be made to the Tim Smith Art Scholarship fund.