150 Summers Celebration focuses on towns past and present 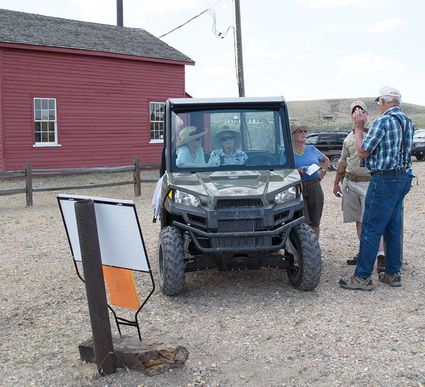 A walking tour was presented at Fort Fred Steele as part of the site's "150 Summers Celebration." The self-guided tour titled "Towns and Ghost Towns" presented, by sign, interesting tidbits about various nearby localities both remaining and long gone.

Signs along the trail informed those taking the tour about the former towns of Carbon and Benton as well as still existing towns.

Some of the tidbits presented were:

• Ties from the Carbon Tie Town stretched 25 miles down the North Platte River to the mill a Fort Steele.

• Though the town of Benton only lasted three months, over 100 lives...